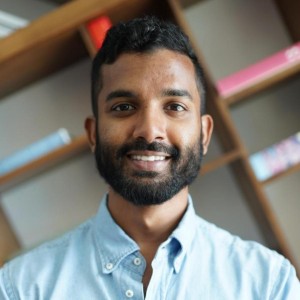 With revenue of $18.59 billion and a total of 92,372 employees, Kuehne + Nagel operates from its headquarters in Schindellegi, Switzerland, and has over 1,336 offices situated throughout the globe in 109 countries. Kuehne + Nagel works in sea and air freight with a focus on IT-based logistics, and it is the most preferred forwarder in this list of top 10 freight forwarders for moving nearly 5 million ocean containers per year on average.

Sinotrans sits at a market cap of $3.2 billion, and total revenue of $11.7 billion, operating out of its headquarters in Beijing, China. Sinotrans has a workforce totaling 36,441 employees. The core of its business model consists of storage and terminal services, trucking, shipping, and express services. The company is included as one of the top 10 freight forwarders because of its ability to move more than 3,360,300 ocean containers per year, not to mention its exhaustive capabilities across other modes too.

DHL plays a major role in the Automotive, Engineering, Manufacturing, Chemical, and Energy supply chains of over 6 major regions. It is headquartered in Bonn, Germany, with over 200 000 employees, and a revenue of more than $16 billion. DHL makes up 8.3% of the global logistics market share and moves an annual average of 3,225,000 ocean containers too.

DB Schenker has a revenue of $19.39 billion and a workforce of 72,000 employees operating from their headquarters in Essen, Germany. The core of its operations consist of Land, Air, Ocean, and Contract logistics. DB Schenker USA is headquartered in Germany and moves an annual average of 2,219,000 ocean containers, making it stand out in this list of the top 10 freight forwarders around the globe.

Offering logistical services that encompass Road, Air, Sea, and Train transport services, DSV operates out of its headquarters in Hedehusene, Denmark. DSV has offices in more than 80 countries worldwide and an employee base of over 55,000 people and revenue of $15 billion. Upon acquiring Panalpina, which was originally headquartered in Switzerland and moved an annual average of 1,484,100 ocean containers, DSV merged the services to further expand its market reach.

Headquartered in Hong Kong and moving 1,196,607 containers on average, Kerry Logistics Network stands out in this list of the top 10 freight forwarders globally for its ocean capabilities. With that in mind, the company is able to maintain its role with more than 47,000 employees across 55 countries and is rapidly becoming a leader in all integrated and international logistics.

Expeditors has a total revenue of $8.138 billion and a workforce of 17,400 employees. Expeditors operate out of its headquarters situated in Seattle, Washington, with a presence that spans 357 locations in over 60 countries, moving an annual average of 1,167,820 ocean containers annually, pushing this company into the list of top 10 freight forwarders. Their services include air and ocean freight, cargo insurance, and warehousing and distribution.

C.H. Robinson is headquartered in Eden Prairie, Minnesota, with an employee base of over 15,000 people and 300 offices worldwide and has a revenue of $16 billion, moving more than 1,000,000 ocean containers annually. The core constituency of their business model is in transportation, third-party logistics, rail, global forwarding, and supply chain consultancy.

With nearly 150 years of service under the belt, Hellman Worldwide Logistics originated in Germany and now brings together more than 20,000 people across 173 countries and 489 field offices. Cumulatively, the company moves an average of 901,698 ocean containers annually and looks to further expansion in the future.

Bollore Logistics is another of the top 10 freight forwarders globally that focuses on ocean shipments. The company is headquartered in France and moves an annual average of 864,000 ocean containers a year. Bollore has built a reputation on providing in-depth experiences and is continuously working to unify the Bollore Group, bring together these core company brands: Bollore Ports, Bollore Logistics, Bollore Railways, and Bollore Energy.

This is an exciting time in logistics. As the top 10 freight forwarders continue to move through the pandemic, rankings may change. In addition, the continuing merger of services within the DSV and Panalpina umbrella could easily push that company further up in the ranking. Regardless, digital freight forwarding startups need to look to these companies for guidance and take stock of how they can compete by using a digital platform. Sign up for such a platform by visiting Cargologik online today.

To get the most out of our platform, book your free, personalized training call with our Success Team

What Is Business Intelligence in Forwarding

Freight Forwarding Cost Structures and How Tech Keeps Them Balanced